MX-II vs. Series-III
Early MX-III were the designation for complete MX-IIs from Japan. The first MX-III frames confused people so Redline also called them Series 3, ST(as in ST-20), Series Three etc.
Late 1982 the first Series-III based bikes rolled out the 600a & 700. Here is how to tell if you have a MX-II or Series-III based frame. Bottom Bracket height(center of BB to ground)MX-II, 11 3/8' . MX-III, 10 3/4' Remember wear & tear on the tires and tire design will affect the BB height slighty.
MX-II Top Tube(TT)is 18'
MX-III Top Tube(TT)is 18 3/4'
MX-II weighs @ 4 lbs 8 ounces
Series-III weighs @ 4 lbs 1 ounce(Dont forget to weigh clean with no headset or BB cups in.)
Series-III have larger then normal drilled out holes on the BB(4 holes)& HT(2 holes), which are covered up by the main tubes.

**However bikes in the Museum throw that formula in the trash** (I will leave it up for now. The second letter may mean something, but its not the Formula people have been saying.

The third number appears to be the year in this case 1999. The letter that follows that may be the month.
This is speculation based on the bikes age.

Someone posted a RMCF80257. Perhaps the C was actually a 0, then it would fit in with the above structure more. 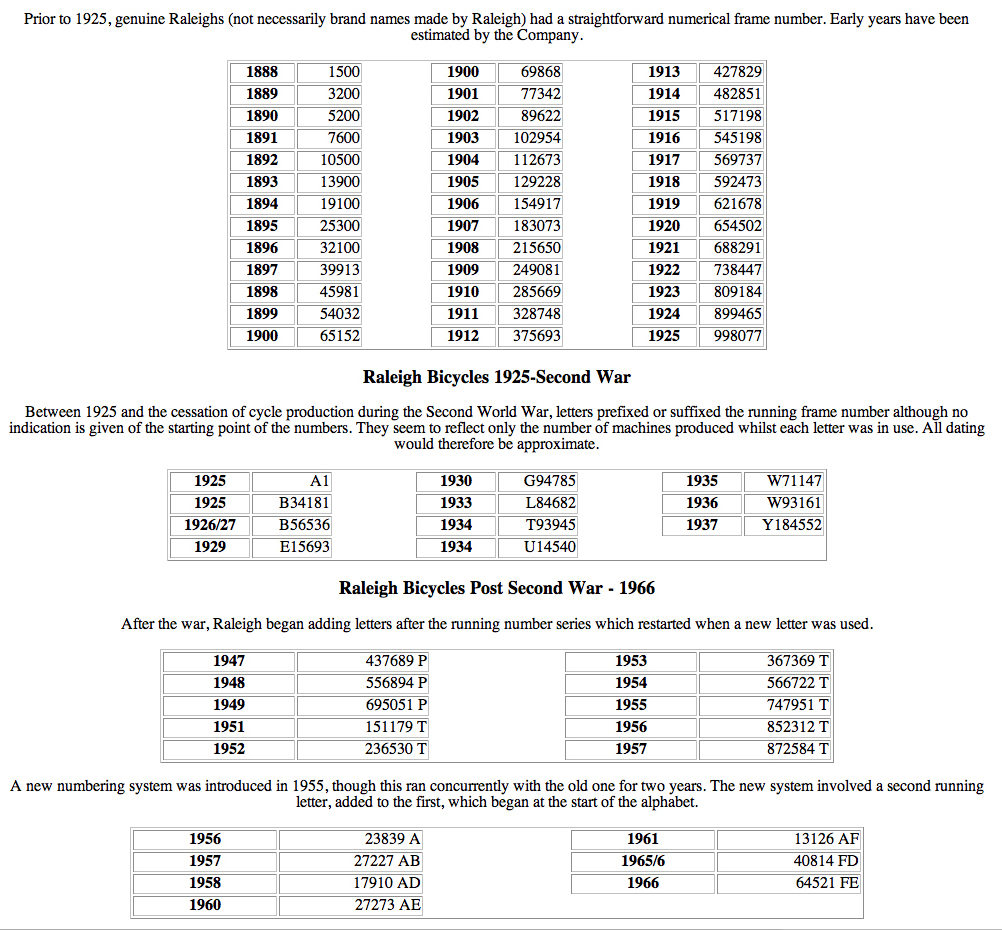 **It is my opinion that these bikes were simply stamped in order, with no date coding put into them. The lower the number the earlier it was made, starting in 1979. Some model years started earlier & this throws off the fluid look. Also some bike owners may confuse the year of the date it was originally purchased with the model year which in some cases could be different**

Giant Made
Giant made should have two separate code areas, 1 on each dropout.
G0684 (on one side) First two digits are month, last two digits are year.
4673620 (on the other dropout) Run number

Third digit is last digit of year. The 4th digit is most likey the month of production.

Will try to dig deeper. If you can add to this, make corrections please do.
Unfortunately almost no one posting serial numbers posted pics or posted bike that posted the serial number.

Gork Informed me Redline has no Records of those early Invoices or Serial Numbers.