Fairy Tail: Dragon Cry (劇場版 フェアリーテイル -DRAGON CRY-, Gekijōban Fearī Teiru: Doragon Kurai) is a 2017 Japanese animated fantasyaction film based on the shōnen manga and anime series Fairy Tail by Hiro Mashima. It is directed by Tatsuma Minamikawa based on a screenplay by Shōji Yonemura, both of whom worked on the anime series. Mashima himself is involved as a chief producer.[2]

Set between Fairy Tail's penultimate and final story arcs,[3] the film focuses on the members of the titular wizard guild infiltrating the Kingdom of Stella to recover a stolen staff of cataclysmic power. Tetsuya Kakihara, Aya Hirano, Rie Kugimiya, Yuichi Nakamura, Sayaka Ōhara, Satomi Satō, and Yui Horie all reprise their roles from the television series, with Makoto Furukawa, Aoi Yūki, and Jiro Saito co-starring as new characters designed by Mashima and Yūko Yamada.[2] The film was released in Japan on May 6, 2017. It received limited theatrical screenings worldwide, with Funimation releasing the film in North American theaters in both Japanese and localized English-dubbed formats from August 14 through August 19, 2017.[4]

Fiore's treacherous minister of state Zash Caine steals the Dragon Cry, a mystical staff discovered in the dragon graveyard beneath the capital city of Crocus. Fiore's royal family recruits Natsu Dragneel and his team from the Fairy Tail guild to recover the staff, which is imbued with magical power capable of annihilating the kingdom. The wizards pursue Zash to Stella, whose ruler, King Animus, intends to use the staff for a ritual. Natsu accidentally alerts Zash to their presence upon touching the staff, which eventually results in his team being captured by Zash and the kingdom's elite military unit, the Three Stars. The team escapes Stella with the help of Zash's reluctant accomplice, Sonya, who is also Animus's aide and childhood friend. Sonya implores Fairy Tail to leave the staff in Stella, warning that Animus's ritual could prevent a potential magical disaster from destroying the kingdom. However, Natsu refuses, sensing from his contact with the staff that it contains the malicious intent of dragons that were killed by Acnologia.

Fairy Tail returns to Stella to retrieve the staff, defeating the Three Stars in the process. Sonya grabs the Dragon Cry, affirming Natsu's warning of its true nature, and refuses to give the staff to Animus. Natsu arrives and sees Sonya speaking to herself; possessing Sonya, Animus reveals himself to be a dragon who sealed himself within her body to cheat death, appearing to her in a human guise to manipulate her. Unable to escape Sonya's body on his own, Animus performs the ritual to free himself using the staff's magic, but emerges in an imperfect form after Zash steals the staff for himself, seeking revenge against Fiore for exiling him. Zash uses the staff to activate an army of artificial soldiers against Fairy Tail and tries destroying Fiore, but is killed by the staff's magic energy. 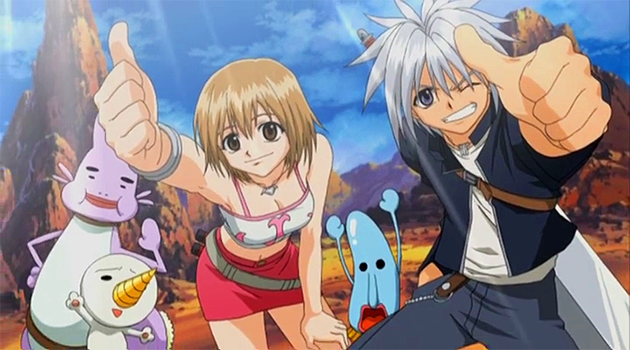 In a struggle over the staff, Animus impales Natsu on one of his spikes and finishes absorbing the staff's magic, regaining his full strength. Natsu survives his injury, with half of his body taking on the appearance of a dragon, and viciously attacks Animus; Animus recognizes Natsu as E.N.D., the 'destroyer of all', before Natsu defeats him. Natsu is deeply shaken by his transformation upon returning to normal, but is comforted by Lucy Heartfilia. Sonya destroys the Dragon Cry, deactivating the soldiers and causing Animus to die peacefully. The broken staff reverts to its true form, a ribbon, which is blown away in the breeze.

In a post-credits scene, the ribbon is picked up by Acnologia. In a flashback, a young Sonya loses her ribbon after being mortally wounded by Animus' gang of dragons, whom Acnologia kills in retaliation; a dying Animus inhabits Sonya's body during this time, enabling their survival. In the present, Acnologia callously destroys the ribbon as Zeref observes him from afar alongside Brandish μ and Invel Yura, declaring that his battle with Natsu is imminent. 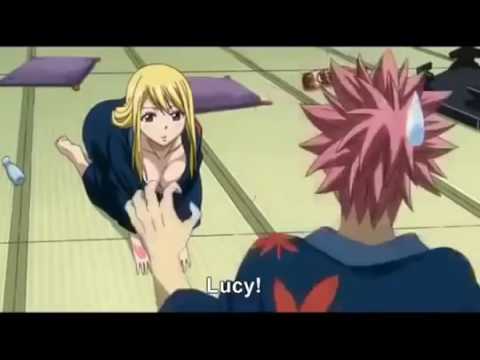 Production of a second Fairy Tail film was first announced in Kodansha's Weekly Shōnen Magazine in May 2015, with key and concept artwork illustrated by Hiro Mashima depicting the character Natsu Dragneel in a half-draconic form seen in the finished film.[7] The film's campaign promotes the climax of the Fairy Tail manga series,[8] which concluded its run on July 26, 2017.

The film was released in Japan on May 6, 2017,[2] with an international release in select theaters scheduled the same month.[9]Madman Entertainment announced plans to distribute the film theatrically in Australia and New Zealand.[10]Anime Limited distributed and released the film on 17 May 2017 in the United Kingdom, with further screenings scheduled for 19 May 2017.[11] German distributor KAZÉ Anime brought the film on June 27 and July 16, 2017 in cinemas in Germany and Austria.[12]

Sarah Nelkin of Anime Now gave the film a positive review, calling it 'a fun romp stuffed with all the elements Fairy Tail is known for that fans can enjoy, from visuals to music to characters'. However, she did not recommend the film for newcomers to the franchise, and criticized the brevity of Natsu's character development, despite considering his struggle with his identity 'a cool idea'.[13] Rebecca Silverman of Anime News Network gave the film an overall 'B' rating, saying it 'nicely builds up to the finale arc of the story' and praising its action, humor, and emotional effectiveness, while criticizing its underuse of characters such as Lucy, Sonya, Gajeel and Levy. Silverman also noted that the film's plot 'absolutely assumes that you're familiar with the later events of the story', warning that it would result in fans being 'either be mildly confused or very spoiled'.[3] 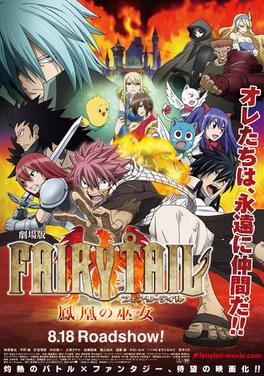