Let us talk about the film - Anarkali - released in 1953.
The star-cast comprised of Pradeep Kumar as the young Jahangir [Salim] and Beena Rai as his beloved 'Anarkali' [Nadira]. 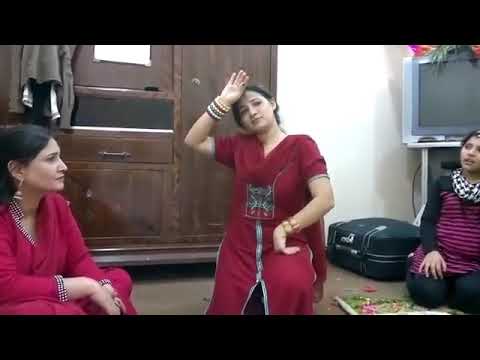 The film was a Musical Hit and went on to celebrate Golden Jubilee. It was the highest grossing film of 1953 and again ranks 2nd in the top 25 Best Musical Films of all times according to IMDb.
The story is well-known and we need not go into it again.
The Music was composed by C Ramchandra [though initially Basant Prakash - brother of famous Music director Khemchand Prakash was entrusted with the Musical score.He had also recorded a song in Geeta Dutt's voice]. When C Ramchandra took over, he insisted upon the Filmistan people [the producers] that all songs would be sung by Lata Mangeshkar. This was agreed upon, although in the final cut, a song of Geeta Dutt was retained and that is the famous song - 'Aa jaane wafa'.
The film had total 12 songs, with 11 composed by C Ramchandra and 1 by Basant Prakash.
This film was a musical hit. The first ever 'Binaca Geetmala' Annual Program of 1953 - saw 'Ye Zindagi usiki hai' catapulted to the No. 1 position. This song came in parts in the film. The first two stanzas were when the lovers happy in each others company. The 3 rd stanza - jo dil yahan na mil sake signalled their despair and separation, while the last 2 were of unrequited love, when Anarkali was being cemented into a wall on all sides. Lata Mangeshkar gave her soul in singing this song.
There were other beautiful songs too other than the above viz. 1. Jaag dard isk jaag [Lata Mangeshkar and Hemant Kumar]; 2. Aaja ab to aaja [Lata Mangeshkar- lyricist Shaillendra]; 3. Mohabbat aisi dhadkan hai [Lata Mangeshkar] 4. Muzse mat puch mere ishq mein kya rakkha hai [Lata Mangeshkar] ; 5. Muhabbat mein aise kadam dagmagaye [Lata Mangeshkar] ; 6. Dua kar ghame dil khuda se dua kar [Lata Mangeshkar].
It was not for nothing that C Ramchandra insisted on Lata Mangeshkar for the songs. The results bear testimony of his belief in her

Altogether 4 lyricist were involved in writing the songs - with Shailendra, Hasrat and Jan Nissar Akhtar penning 1 each, while the rest were written by Rajinder Krishan.
This Filmistan produced film, went on to establish 'Filmistan' as a leading production house of repute.