The 80s was the era of Doordarshan with soaps like Hum Log, Buniyaad and comedy shows like Yeh Jo Hai Zindagi which made Doordarshan a household name. Circus, Gul Gulshan Gulfam and Nukkad are some of the serials that come instantly to my mind when I think of the good old days of Doordarshan. Those were phenomenal days when people gathered in crowds to watch the telecast of these serials. The characters of Ramayan and Mahabharat were almost worshiped like God and Goddess throughout the country.

Other popular programs included Hindi film songs based programs like Chitrahaar and Rangoli and crime thrillers like Karamchand, Byomkesh Bakshi, Tehkikaat and Janki Jasoos. This is the big list of Old Doordarshan TV shows and serials.

You can buy some of these serials from Flipkart.com.

Please do not download or search for pirated cds and dvds from internet. Buy original CDs and DVDs from Flipkart or Infibeam.com.

In this way, you will indirectly help Doordarshan and its producers. 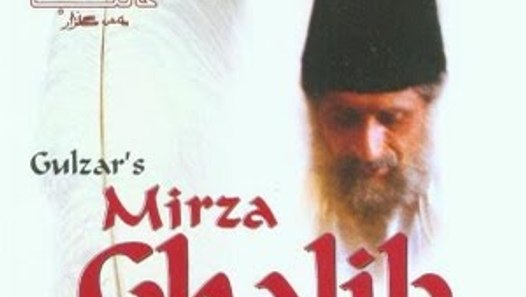 Hawayein was the one of the blockbuster serial on Doordarshan National aired in 2003. Bhojpuri Superstar Ravi Kishan and Malini Kapoor Played the role of Shahid and Resham respectively. The story was based on the love relationship of a boy Shahid and a Female Jinn Resham. Later This serial was renamed as 'Yeh Hawayein'.

Along with these songs Main To Gayi Hoon Dil Se song, which was ending track of hawayein was also popular as Yeh Hawayein - the Title Track Hawayein Serial became one of the popular songs.


On the Launch Of Hawayein, IndianTelevision.Com wrote:

Hawayein Serial Doordarshan was first primeried on March 2004, and ran for two seasons. In Which Love Story Between Jinn (Malini Kapoor) And Human Being (Ravi Kishan) Was Depicted Very Nicely ,Which Also Showed That True Love Can Make Impossible Things Possible. Later its second part was aired as Yeh Hawayein in 2006, on which Resham-Shahid’s son Haraan Played lead role.

The story of Hawayein TV Serial depicts the distinctive love relation between a normal human aka aadam Jaat being (Shahid) and a Jinn Jaat (Resham). This combination of love clearly proves that true love makes impossible things possible. Shahid is a Muslim boy, and his marriage was decided with a girl. but when he somehow meets this jinni Resham, and they both start loving each other. Shahid wanted to live with Resham, but it is not possible in the real world as bith are from different Jaats. Resham had special powers so she was only visible to Shahid as they love each other. However, Resham had some limitations since she was from another world.

The story takes a huge turn when both Shahid and Resham gets married against everyone’s choice. Due to this, Shahid dies after a few days of marriage as it was neither accepted in the world of Resham nor in the world of humans. Resham loses half of her supreme powers as she married the person from an entirely different world as that of her. She also has a son who is a combination of both Jinni and human being. So he had the great powers of both the worlds. Finally, the serial ends after showing some scenes about her son and their life. ‘Hawayein TV Serial’ was a beautiful show of that time. The love story that had presented before the audience was incredible. No one has ever thought of this kind of love story. Their love was unconditional.

Hawayein TV Serial has shown us that there are no limits for the people who love each other truly. It is an unforgettable show for many people acroos Indians and Pakistani People. The most attractive character of this show is Resham who is a Jinni with her powers and rivalry with Quazi Sahab. She has always protected her love shahid from the faulty deeds of the world. And Shahid’s character was not less than her. He too loved her beyond all the limits. This show has created suspense in each episode and has mesmerised the audience throughout its whole journey.

The camera work performed during the character of jinni was amazing. All the effects were very powerful, and it made all the graphics appeared real. Nawab Arzoo has written the title song of this serial ‘Yeh Hawayein Jaane Kaha Se Aayein’. This was the most popular song of that time. The serial ‘Yeh Hawayein’ has won the Best TV serial award in Indian Television Awards (ITA) in the year 2003. The show also won the Best TV serial award in sponsored category of DD Awards 2004.