The iPod (from Apple Inc.) and the Zune (from Microsoft) are both sleek, portable digital music players. While Microsoft had originally introduced a 30GB Zune, they announced a new slate of Zunes on Oct 2, 2007 including $150 4GB and $200 8GB flash-based players, and a $250 80GB model that's slimmer than the original Zune. Wall Street Journal (dead link) concludes that this first Zune has too many compromises and missing features to be as good a choice as the iPod for most users. The hardware feels rushed and incomplete. It is 60% larger and 17% heavier than the comparable iPod. It has much worse battery life for music than the iPod or than Microsoft claims — at least two hours less than the iPod’s, in my tests. 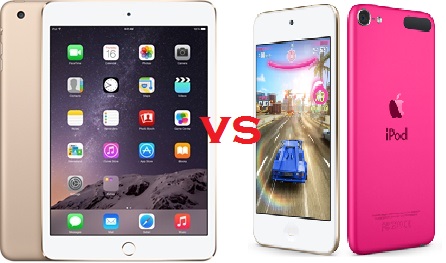 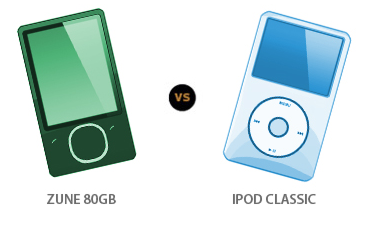