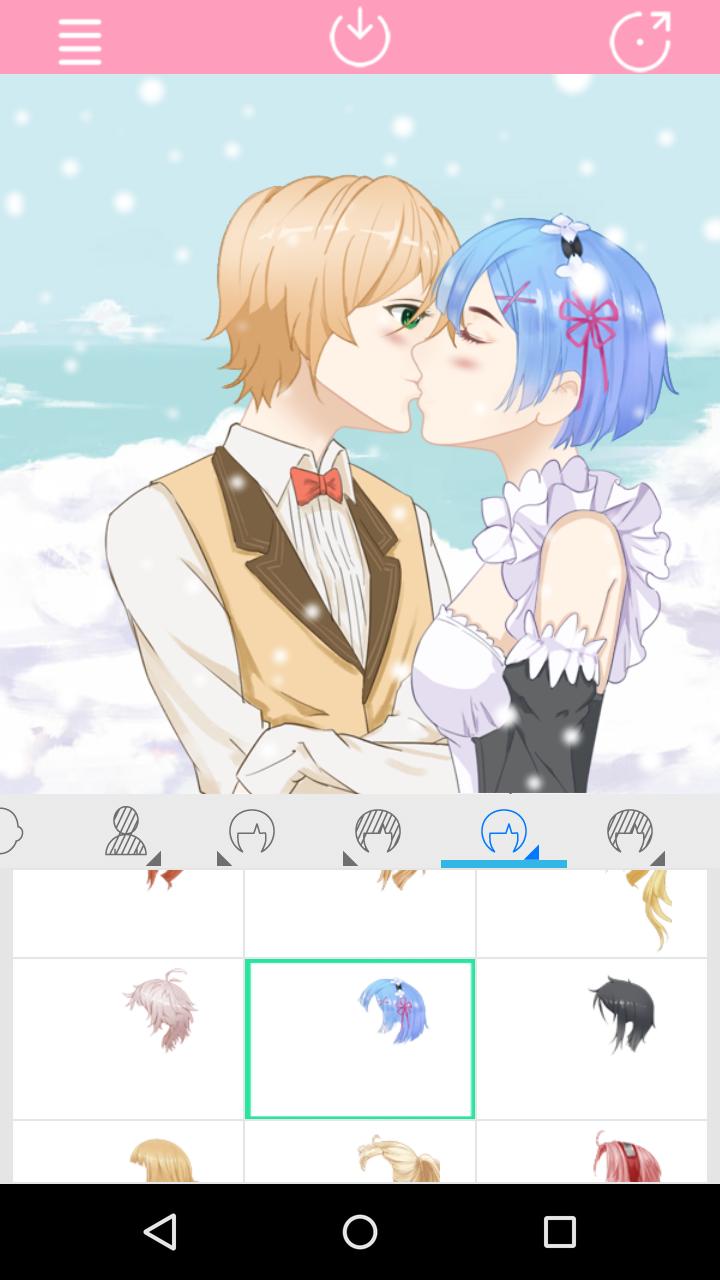 Fans of the Nickelodeon animated series “Avatar: The Last Airbender” rejoiced this month when all three seasons of the show made their Netflix debut May 15, but it didn’t take long for backlash to stir on social media. The Netflix debut of “Avatar” has reignited a heated debate among fans over the sequel series, “The Legend of Korra.” Backlash against “Korra” became so widespread on Twitter that Netflix got involved and defended the show through its @NXOnNetflix account, which is the streamer’s official “home of all things geek.”

Avatar maker is a kiss you will be able to create an avatar of a girl and a guy. Avatar maker will help you create your own anime character and teach you how to draw anime simply and easily.

The original “Avatar” series ran for three seasons between 2005 and 2008 and garnered widespread critical acclaim. The show won various industry prizes each season, including the Annie Award for Best Animated Television Production for Children with its third and final run of episodes. Four years after the series finale, creators Michael DiMartino and Bryan Konietzko revisited the franchise with the “Korra” sequel series. “Korra” ran for four seasons from 2012 to 2014 and was also a critical favorite, although the change in story direction irked some fans of the original series.

“Korra” is set 70 years after the events of “Avatar,” so the shows greatly differ in protagonists and settings. “Avatar” follows the adventures of a 12-year-old boy named Aang who is the last survivor of the Air Nomads. “Korra” picks up seven decades later to follow the adventures of Aang’s eponymous successor, a headstrong 17-year-old girl. That the “Avatar” creators decided not to continue Aang’s story in the sequel and instead chose to follow a new character has often been the center of fan backlash, as has “Korra’s” increased focus on inclusive storytelling. The “Korra” finale is infamous for the controversy it earned over the romantic pairing of Korra and Asami, two women of color. Den of Geek writer Michael Mammano did an excellent job in 2014 analyzing the homophobic undertones present within the “Korra” backlash.

As mentioned above, “Korra” backlash started ramping up on social media in the aftermath of “Avatar’s” Netflix debut, so much so that new essays were published over the last week defending “Korra” and urging viewers to give it a second chance. Netflix first got involved in the social media debate by responding to one fan who posted artwork of the original “Avatar” characters grown up. The fan caption read: “Imagine an alternate universe where four seasons of this dropped instead of ‘Korra.’ Yeah, I’d wanna live there.” The post leaned into backlash claiming the sequel series should’ve continued Aang’s story and not focused on a new character.

Netflix issued a response to the fan, writing: “Korra’s story was important. Aang’s story had been told.” The reply has generated over 45,000 likes and counting. The streamer didn’t stop there and continued to respond to fans expressing negative opinions about “Korra.” Netflix told one fan, “Both [series] were important and essential to the ‘Avatar’ universe. No two avatars have the same perspective or growth.”

One “Avatar” fan mentioned that Netflix is developing a live-action “Avatar” series, implying that’s proof the streamer values the original series more than it does “Korra.” Netflix shut the assumption down by responding, “Korra’s story being important doesn’t mean that Aang’s isn’t.” 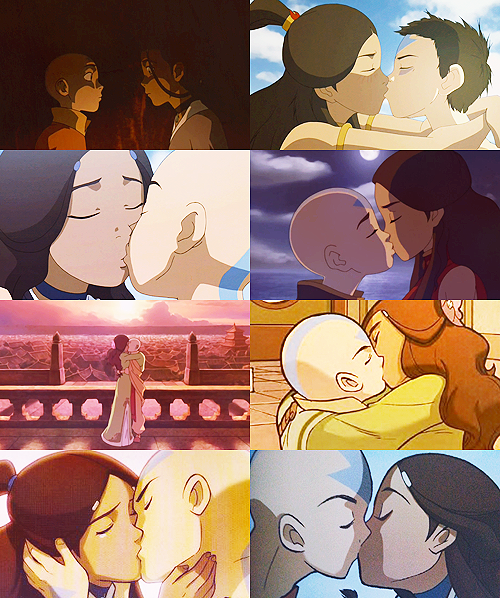 “We can’t wait to realize Aang’s world as cinematically as we always imagined it to be, and with a culturally appropriate, non-whitewashed cast,” the creators said in a statement at the time — M. Night Shyamalan’s 2010 film adaptation had been whitewashed. “It’s a once-in-a-lifetime chance to build upon everyone’s great work on the original animated series and go even deeper into the characters, story, action, and world-building. Netflix is wholly dedicated to manifesting our vision for this retelling, and we’re incredibly grateful to be partnering with them.”

Netflix has not announced a release date for its live-action “Avatar” series, but all three seasons of the original animated series are now streaming.

both were important and essential to the avatar universe. no two avatars have the same perspective or growth

Disclaimer: none of the characters included in the following fan fiction belong to me: they are property of Mike and Brian the Avatar God-s.

You know how your first kiss is supposed to be perfect?

They say it's always bliss: standing beneath a sunset, a warm breeze flowing past you: his arms encircling you in a way that's just so, his hard chest pressed against yours, and your mouth somehow manoeuvres its way to his. Then, suddenly…fireworks! Explosions of excitement and little tingles tickling your spine: the hair on your neck goes suddenly rigid and warm feelings travel to places that they probably shouldn't. Then you pull away and he smiles at you, this lovely, warm smile – the one you've fallen so heavily for. You grin back, a tiny, almost non-existent blush staining your cheeks: because you're not the slightest bit embarrassed, no…you're COMPLETELY used to all this strange behaviour, you've done it over and over in your mind until you know exactly what you're doing.

And then, because this moment just couldn't possibly be anymore perfect, he tells you he loves you and you tell him the same: then you fall into each other's arms and more fireworks, more 'I love you's, et cetera…

That's a load of bison pie.

That never happens, only in sappy fairytales and dreams. In fact, your first kiss should probably be classed as a 'hazardous and highly dangerous experience' and avoided like the bubonic plague. It is the first and foremost horrible and awkward thing that you will ever have to go through.

Well, apart from your first period. But that's just another story in my hall of horrific memories.

Your first kiss does NOT happen in some beautiful location, with butterflies flitting about or rays of sun dappling the ground beneath you. Your lips do not conveniently know where to place themselves. There are no tingles or warm feelings: more like squirminess of the stomach and an uncertainty of what to do with tongues and hands.

My first kiss, of course, is what has biased me toward this theory. It was one pleasantly balmy summer noon, when I had finally finished cleaning everyone's clothing in the stream that ran adjacent to our tents. I was paddling about in the shallows, my pants rolled to my knees, when he was suddenly beside me. The whole thing started okay…I got the usual butterflies in my stomach, and my face was suddenly hot. That happens when Zuko is about: those amber eyes and dark hair; that smooth skin over hard muscle. We talked about small things: dinner, cleaning and the state Sokka's tent was in. He held my hand in his: it was soft and warm and nice. Comfortable, you know? We were no more than teens with huge crushes on one another. Not lovers.

But, strangely, I suddenly found myself facing him and he had this odd look on his face. One that said, 'I'm about to do something impulsive – look out!' I immediately went red and began to stutter: he seemed to do the same, but then his arms were around my waist in a somewhat awkward way, and his face was very, very close to mine. So close that those lovely golden, ovular eyes became blurry and I could see every tiny hair on his cheeks. This would have been a very nice to regard for anyone who knew what they were doing, but I had never gone through such a thing and this whole new experience was utterly terrifying. I did the classic, 'Oh dear me, I seem to have to be doing something completely irrelevant to whatever you're thinking of doing', but this tactic failed miserably and he silenced me with a finger to my mouth. Then, to my horror, he was pulling me closer and I was supposed to somehow direct my lips onto his: I managed to get them pretty close, brushing my mouth instead over the tip of his nose, then to above his own lips…and, finally, onto my target.

To tell the truth, there was no funny feeling of elation or eternal bliss, just…wetness. That's all it was. Wet, squishy, and pretty much tasteless. No: oh, yummy, he tastes like chocolate and cream and every other delicious desert on the planet. Just…wet. And then suddenly it was over and there was no whispered, 'I love you.' Instead I made a crazed sprint to my tent and hid in there until dinnertime.

After dinner, of course, he managed to corner me and I wound up pulled against his lovely, warm chest and his arms were entwining me in just the right way. And then those lips were back on mine, but this time it was completely different: it was the sweetest thing I had ever tasted, and there were fireworks so bright they were blinding and tingles were suddenly aroused from nowhere and they rushed to every location of my body, crackling like electricity and it was so, so perfect…

To whom it may concern, I would like to inform you that although the first kiss should be shunned like the darkest of evils, every kiss after that is certainly worth your while.