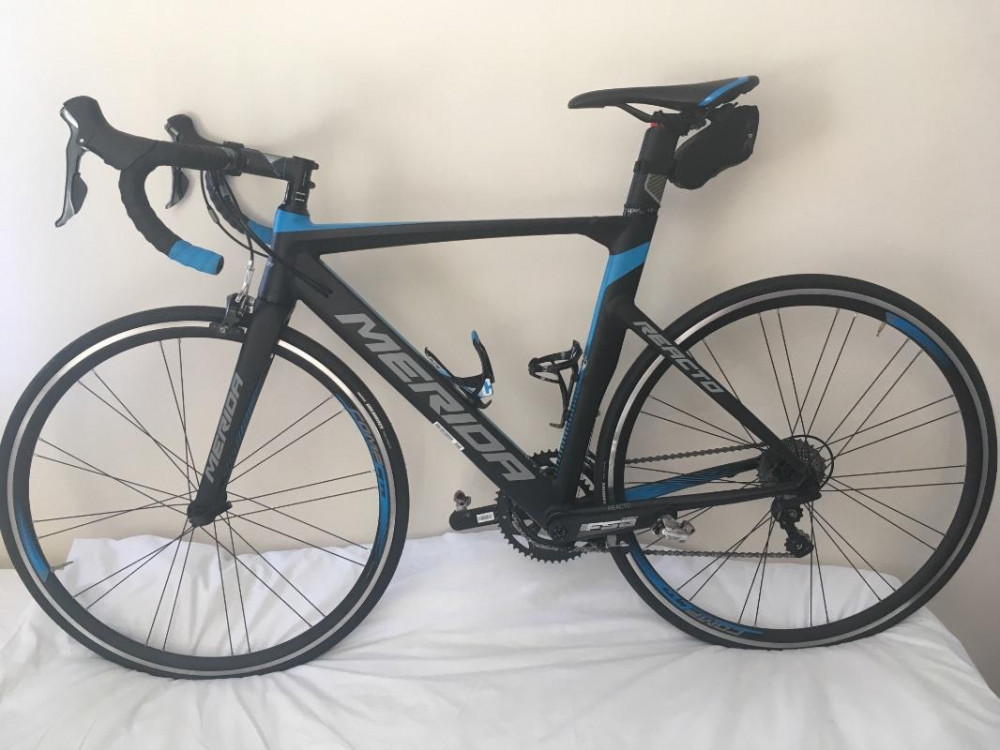 All in all, there are seven models in the Scultura Disc range, based around three frames: the flagship CF4 chassis used by the Lampre-Merida team, the more affordable CF2 frame, which also has a more forgiving industry, and an entry-level alloy setup.

Let’s start with the top-of-the-range C4 chassis – the frame we rode at the launch in the spring. Claimed weight is 900g, which is certainly light for a disc-equipped frame, and it’s based on the regular rim brake model, with its subtly aero-profiled tubes based around a NACA truncated teardrop shape.

The geometry is racy, as you’d expect it be, with a 54cm frame having a 560mm toptube, 155mm headtube, 557mm stack and 394mm reach. However, Merida have extended the chainstays by 8mm over the rim brake Scultura to comfortably allow clearance for 28mm tyres – a key feature of the Scultura in its bid to provide a plush ride.

Merida have opted for thru-axles at the front and rear, and have licensed Focus’ excellent RAT system to allow for quick wheel changes. Merida have also employed an innovative ‘disc cooler’ across all models of the carbon Scultura Disc to reduce heat around the rear brake. The aluminium ribs, located on the chainstay, are said to result in a 35 per cent reduction in heat build-up to improve braking performance.