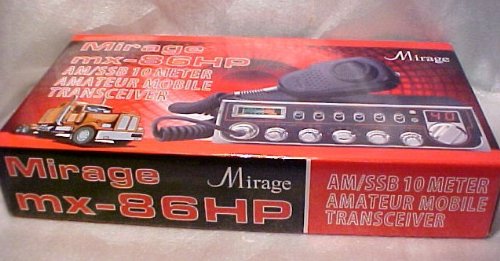 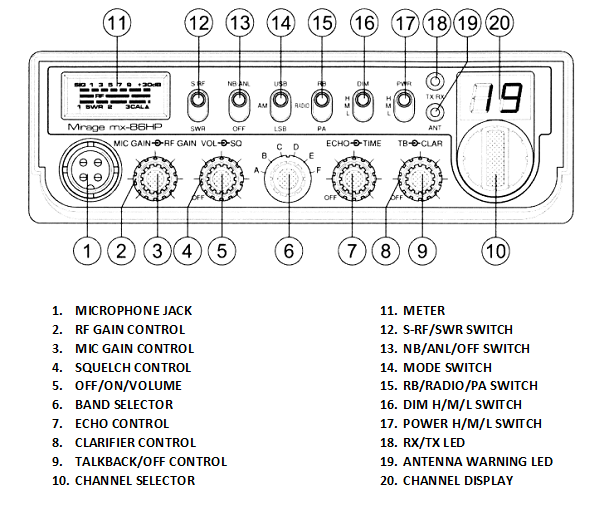 The MX36HP2 is an excellent, compact Mirage CB radio that is designed specifically with popular features for truckers, and the smaller chassis size to match. Most newer semi trucks (Volvo's, Freightliner, Peterbilt, Kenworth) are all using radio cubbies, drawers, etc, where the width of the radio can't be over a certain limit or it won't fit. This Mirage 10-meter radio is designed to fit in any semi-truck opening, since it is the same size as a Cobra 29 CB radio.
Popular Features
With 50 watts PeP power output, you will get out and touch someone. That's significantly more power than you would expect out a radio that's the same size as a Cobra 29 CB (which for comparison is only 15 watts PeP). You won't have any problem being heard with this radio. Plus it has popular features like Echo, talkback, and a simple to use auto-calibrating SWR meter.
What this radio doesn't have
You won't find a frequency counter, single sideband modes, or a VFO control in the MX36HP2 Mirage CB radio. The good news is if you don't know what these things are, or aren't specifically looking for them, then you probably don't need these features anyhow, which can make for an easier time setting the controls on the MX36 when it's tailored to the features most people want.