Yukti Kapoor is an Indian television actress. She is known for serials like television shows Maddam Sir, Namah, Agniphera and Balika Vadhu. She started her career with the serial Nani Si Kali Meri Ladli in 2010.

Yukti Kapoor was born on 18 May 1992 in Jaipur, Rajasthan. She was born in a middle-class Hindu family. She is the daughter of Arun and Darshana Kapoor. Her family consist of father, mother and two brothers, Ronak Kapoor and Gaurav Kapoor. She wanted to become an airhostess in childhood. She never thought that she would work in the television industry one day. Her family lives in Jagatpura area of Jaipur.

Yukti’s father Arun Kapoor is a jeweler while mummy Darshana Kapoor runs her beauty salon in Rajpark. Yukti considers her mother and father to be the biggest strength of her life because they supported her a lot during struggle.

Yukti received his early education from Seedling Public in Jaipur. After which she did B.Com through Correspondence course.

After completion of studies, Yukti moved from Jaipur to Mumbai and started her career with modeling. After which she was cast in the Doordarshan show ‘Nani Si Kali Meri Ladli’. In this show, she played the role of Guddi. After this serial she appeared in cameo roles in popular serials like ‘Jhilmil Sitaaron Ka Aangan Hoga’, ‘Pyaar Ka Dard Hai Meetha Meetha Pyaara Pyaara’, ‘Yeh Hai Mohabbatein’. Yukti gained fame in the television industry from the 2015 show Siya Ke Ram in this show, she played the role of Urmila. Later she appeared in pivotal roles in shows like Balika Vadhu, Agniphera, Namah and Maddam Sir.

Yukti stays a lot of media headlines because of her personal life. During the release of the film Uvaa, there was a lot of news about her relationship with Rohan Mehra. She also received several shows offers, but she never publicly accepted her relationship. At this time, Yukti dates Karan Dandir, a Jaipur-based businessman.

Some Facts About Yukti Kapoor

If you have more details about Yukti Kapoor. Please comment below we will updated within a hour. 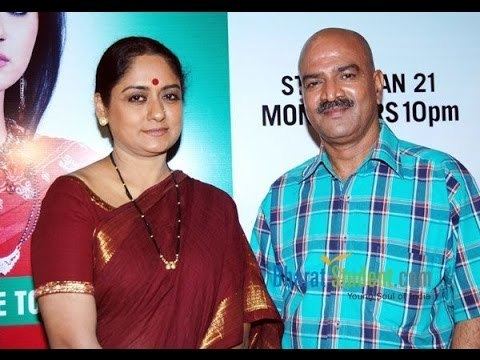