Welcome the the 'fun-facts' section of Chip's Corner. Here you will find fun little tidbits of information about the T-60, Peavey, and the manufacturing process........ much of which was pioneered by Chip and Hartley Peavey.

You can look up the manufacturing date of your guitar by serial number here. If your guitar does not have a serial number and was manufactured prior to 1898, it may only be identifiable by measurements, appointments and stampings. If that is the case, you can send photos and a.

When Chip and Hartley came up with a patented method for manufacturing necks, they settled on the idea of using a torsion rod with a hook on the end, that would grab the wood and keep it from rotating. When the first carved samples came in, they quickly discovered that once the torsion rod was tightened up it pulled the hook right through the wood (or in some cases, straightened the hook out). This photo is of one of the first prototype necks that came out (number 003). To resolve this problem, Chip dug around where the hook was, and filled it with epoxy. That fixed the problem (obviously this wasn’t the production method). Also, the neck tilt mechanism was designed to rest up against a slug. Chip designed the first few “slug slots” to be the same size as a nickel, so that a nickel could be used while they were waiting for the slugs to come in. Hartley quickly decided that it was in the financial best interest of the company to switch to pennies! Some of the very first necks have pennies in them instead of production slugs. If you find one with a coin in it, it was likely a prototype that slipped out of the factory somehow.

This is a very early headstock. Look closely, can you see why? Notice the lines going around the truss rod cover. This was Chips initial design, however the ladies on the production line had difficulty lining them up correctly every time. Some of the earliest production models sported this type of rub-on transfer, however there aren’t many of them out there.

This particular neck had all zero’s for a serial number. This particular neck, “GUITAR DEPT 3”, was a fretless neck made for Charley Gressett, and was, literally, the third neck carved on the gunstock carving machine at Peavey. There were multiple guitars with zero serial numbers floating around in the early days. These were primarily “non production” units, and were not supposed to get out into the public. Salesmen would take these to shows, etc. Most people were unaware at the time that Chip inserted decimal points in different places on the zeroed-out serial number........depending upon who the sales person was. This left an easy trail to follow if an early non production model were to ever slip out. About 10 samples went out to Chet Atkins and Jerry Reed, with bogus numbers as well.

The T-60 headstock transfers were one of the biggest secrets in the industry at the time. Many companies wondered how Peavey had created and applied them. Chips commercial art experience coupled with Hartley’s existing state of the art silkscreen department (used to produce amplifier name plates) held the secret. Hartley also hired the best transfer expert in the country to come give a class on the production method for producing the transfers. On the first batch of T-60’s, rub on fret board position markers were used, and were then clear coated. They looked gorgeous. In an effort to keep their secret, the rub on position markers were to be hidden from any outsiders who toured the factory. One day the factory line didn’t get the word that 38 Special was touring the factory. They saw the transfers going on as fret markers and made some less than favorable comments concerning the quality of the instrument. Hartley took the comment personally, and that was the end of the rub on fret markers.

The markers were painted over with a urethane, which at the time no one was using. In the early stages of development, both Hartley and Chip decided they wanted the finish to be “tough as an airplanes”. Emron urethane is used on airplanes, however it is incredibly cost prohibitive, so Chip had Sherwin Williams come in and work up a formula for them. They had another promising formula worked up by a Swedish company that according to Chip was “all solids and no thinner”. You could put it on as thick as you wanted with no runs whatsoever, count to 10, then throw the thing on the floor and jump up and down on it. Unfortunately, the stuff would cure between the spray gun and the body, and they simply couldn’t use it in the Mississippi climate. Had Hartley been convinced to add AC units to the spray rooms it may have been possible to use, but in the end outfitting all of the spray rooms with AC units was a difficult sell. The final outcome? Apparently some employees discovered that the finish would partially melt Styrofoam, and quite a few of them brought their Styrofoam coolers in to be sprayed by the “wonder formula”. The end result was a solid plastic cooler that was indestructible! That was the only application the formula was used for at the Peavey plant!

A fretless neck that Charlie Gressett had made for himself. Chip just received it 'out of the blue' one day in the mail.

This is a display case which is still somewhere at Peavey. Chip sounded to me like he still has his sites set on it! The case houses the three original guitars made (with mirrors in the back to make it look like 6). The center guitar is a CT-B (bass model). Notice the 3 tuning keys on one side of the bass in the background reflection. The far right side model is the CT-1 (this became the production model). Interesting little fact. Two days before the NAMM trade show in 76’ Peavey still did not have a guitar to display. Chip made these three guitars in two days in his carport at home to display at the show. This case was up in the attic at Peavey the last time Chip was there. The guitars are now on stands in the museum at Peavey, however, the museum is temporarily closed down.

This is a picture of the only factory produced 3 pickup T-60 ever made. Chip found it and was able to purchase it about 2 years ago. It pays to keep your eye on eBay!

Chip was the only employee in the Peavey guitar division for approximately the first year. During his first week of employment, Hartley took Chip to lunch to discuss a few items. Engineers of course are hired to design and develop things, and back then it was customary for the engineer to receive a token dollar for each patent he created. During the lunch, and after they got the whole thing drawn out on a napkin, Chip asked Hartley for his dollar. Without missing a mouthful Hartley responded, “You’re eating it”.

This is a body cart fully covered with carpet. It was used to protect the bodies from scratches and dings while they were being transported around the factory. Every evening, anything that was bare wood and/or hadn’t been painted, had to go back into an environmentally controlled moisture control room. This insured that when a finished guitar was sent to a dry climate (for distribution), the wood wouldn’t shrink, causing finish and fit problems.

After an unenthusiastic response to using a machine designed to produce captains chairs, Chip convinced Hartley to employ a gun stock carving machine to make necks. These pattern-tracing machines were ingeniously employed to carve out 4 necks simultaneously. Forty horsepower motors ran at 40,000 rpm to create the necks. The master was 1.5 times larger size which made the necks more accurate. It had a sanding device that was the exact size and shape of the cutters. When a neck rolled off the carving machine it was ready to be finished and fretted. No hand sanding was required. This insured a uniformity across all T-60 necks that hadn’t ever been seen in the industry. Note: The body carving machine was a CNC, (or more accurately, computer-controlled machine).

Initial paint booths had a waterfall to catch overspray. After the T-60’s had been in production for about 2 months, Peavey learned about a clear liquid they could dip the bodies into which made them conductive to static electricity. This enabled Peavey to electro-statically spray the bodies. Using this method, the paint misted out of the gun, and literally wrapped itself around the guitar body. The electrostatic process was used with both the clear and color coats, and was another industry first. Other guitar manufacturers simply weren’t using methods this advanced. You can imagine how this made the competition scramble!

Apparently Peavey produced a T-Junior after Chip left the company. Unfortunately, they missed the mark somewhat with the instrument. Simply put, it was made very inexpensively.....including a design that lacked a torsion rod for the neck. Chips concept was for a serious instrument, but it ended up being a mere toy. Richie Lazano, of Austin, is shown playing it in the photo.

On a tour of the Peavey factory Brian Henneman, from the Bottle Rockets (aka T-60 Son) discovered a huge amount of 'discarded' Peavey necks and bodies in an attic above the facility. Through a series of events Chip was able to acquire some of these pieces. This is a non official prototype of a Peavey Les Paul. Probably created on someone’s free time, as Hartley never commissioned an LP project. 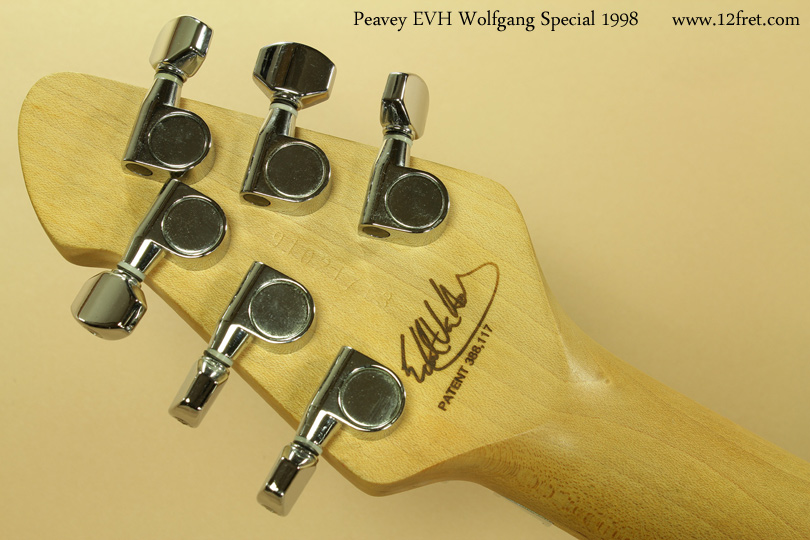 This is a custom Vandenburg made for an endorsing artist. Typically when a request for a special guitar comes in, three identical units are made. This insures the artist receives the guitar in a timely fashion, even when mistakes are made on the production line. These are two bodies left over from this process.

Here is a 'StratPaul' Chip made for Steve South. It's comprised of a Peavey body blank, and Vandenberg neck blank.

This is a 'cracked' body that came out of the T-60 attic. Notice the word “cracked” was lacquered over at the factory!!! The worse part? It wasn’t even a crack, just an anomaly in the grain!

Charlie Gressett (Chip's best man and best friend in life) was the third employee that Chip hired. He was a guitar player that lived near Meridian Mississippi. Chip met Charley when Chip first started designing the T-60. A year later when they were beginning to set up production, Charlie came by and told Chip he’d take any job, just so that he could be near his Dad (who was dying of cancer). Chip made Charley Manager of Quality Control. Charley's new position was the only QC position in the company. The QC system put into place was both simple and effective. In its most basic form, each employee was simply expected to check the work of the employee who touched the piece before them, before they began working on the piece themselves.

R.T. Lowe was the 3rd or 4th person hired in the guitar department. He was hired to supervise the Assembly, however, it didn't take long to realize his real talents. R.T. quickly became indispensable in the development of pickups and circuits. He took Chips designs and wound bobbins until blue in the face, trying different wire diameters, number of turns of wire, type of potting compound, etc. He had the help of Charley Gressett's expert playing and extraordinary ear, as Charley would try each revision and talk over the pros and cons with R.T. regularly. R.T. would also take a prototype and play it on gigs in the area, to see what it was like in real-life situations; an advantage that Chip wouldn't have had otherwise. 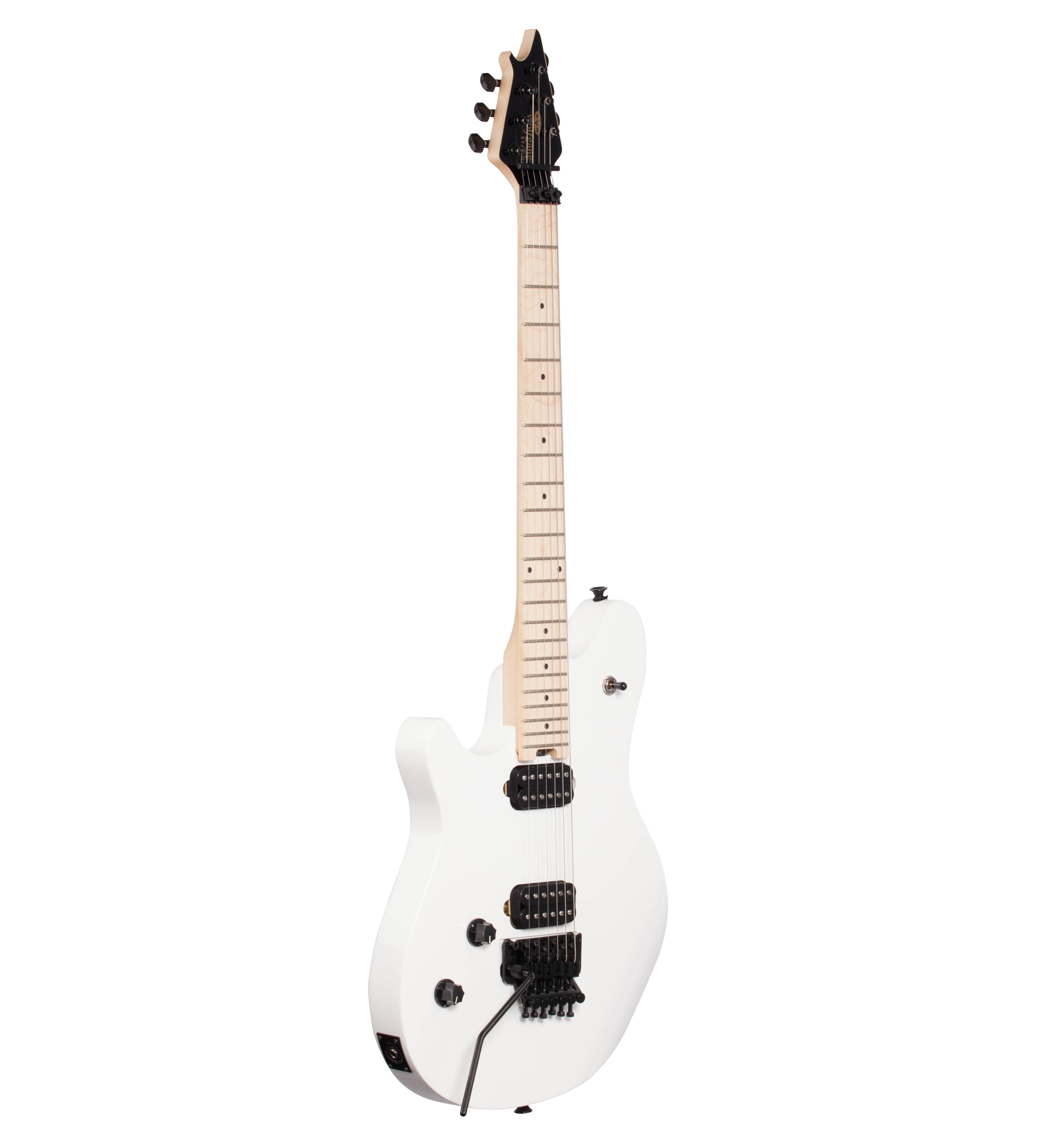