Episode 02: Once There Were Greenfields

Episode 06: Nosing ‘Round The Mountain

Episode 08: Journey to The Unown

Episode 10: Tanks for The Memories

Episode 12: Riding The Winds of Change

Episode 18: The Bells Are Singing

Episode 21: Our Cup Runneth Over!

Episode 24: Pruning a Passel of Pals

Episode 25: Strategy With a Smile!

Episode 26: The Thief That Keeps on Thieving!

Episode 28: Cream of The Crogunk Corp!

Episode 29: Pokémon Ranger and The Kidnapped Riolu Episode One

Episode 31: A Crasher Course in Power

Episode 32: Hungry for the Good Life

Episode 37 – Up Close and Personable!

Episode 47- A Trainer and Child Reunion! 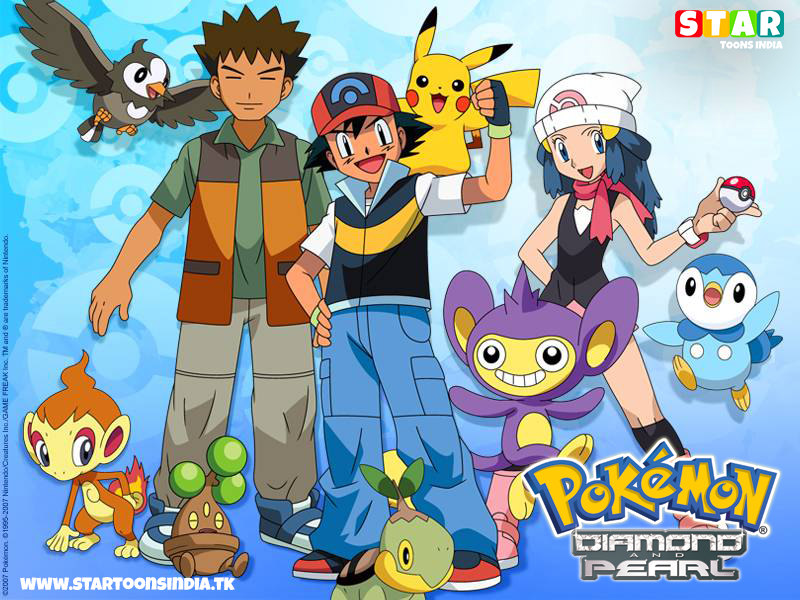 Episode 49- Barry’s Busting Out All Over!

Episode 50- Shield with a Twist! New!

You Might Also Like:-Tokyo Ghoul All Episodes In Hindi Subbed

This is a list of episodes in Pokémon: Diamond and Pearl: Galactic Battles (advertised as Pokémon: DP Galactic Battles), aired in Japan as Pocket Monsters Diamond & Pearl (ポケットモンスター ダイヤモンド&パール, Poketto Monsutā Daiyamondo & Pāru), the twelfth season of the Pokémon animated series and the third part of Pokémon the Series: Diamond and Pearl. It originally aired in Japan from December 4, 2008 to December 24, 2009 on TV Tokyo, and in the United States from May 9, 2009 to May 15, 2010 on Cartoon Network, covering the continuing adventures of series protagonist Ash Ketchum as he continues to travel Sinnoh with Dawn, Pikachu, and Brock.

The Japanese opening songs are 'High Touch!' (ハイタッチ!, Hai Tatchi!) and 'High Touch! 2009' (ハイタッチ! 2009, Hai Tatchi! 2009) by Rika Matsumoto and Megumi Toyoguchi. The ending songs are 'Surely Tomorrow' (あしたはきっと, Ashita wa Kitto) by Kanako Yoshii 'Get Fired Up, Spiky-eared Pichu!' (もえよギザみみピチュー!, Moe yo Giza Mimi Pichū!) by Shoko Nakagawa[1] and 'Which One ~ Is It?' (ドッチ~ニョ?, Dotchi~Nyo?) by MooMoo Milk and Araki-san. The English opening song is 'Battle Cry - (Stand Up!)' by Erin Bowman. Its instrumental version did serve as the end credit song.

The series was released on eight-volume DVDs and four box sets by Viz Media and Warner Home Video in the United States in 2011. They were released both individually and as part of four boxsets.[2]