Tenali Raman was once walking along a forest path when he was stopped by a merchant. “I’m looking for my camel which has strayed away. Did you see it passing by?” asked the merchant.

“Had the camel hurt its leg?” asked Raman.

“Oh yes!That means you have seen my camel!” said the merchant. 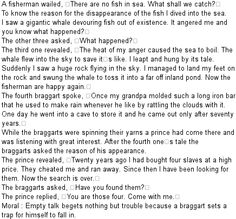 “Only its footprints. See, you can see footprints of an animal with three legs,” said Raman, pointing out the footprints on the ground. “It was dragging the other leg because it was hurt in that leg.”

“Was it blind in one eye?” Raman asked the merchant.

“Was itloaded it with wheat on one side and sugar on the other side?” asked Raman.

“So you have seen my camel!” exclaimed the merchant. 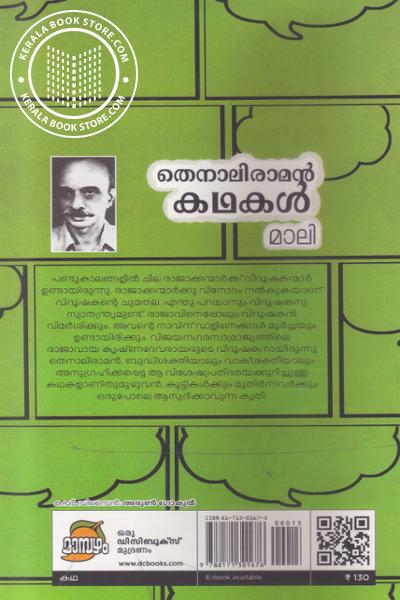 Raman lookedupset. “Did I say I saw your camel?”

“You havegiven the exact description of my camel,” said the merchant.

“Do you see those plants lined up on both sides of this path? You can clearly see, some animal has eaten leaves of plants on the left, but the plants on the other side remain untouched. So the animal could see with only one eye.

“Look down.You can see ants lined up on this side which means, the animal was loaded withsugar bag on this side. The bag had a hole, which allowed the sugar to fall off.”

“You can see grains of wheat fallen on the other side. The bag on this side also must have holes in it,” said Raman.

“You follow this trail and soon you will catch up with your animal. After all it is hurt in one leg and you seem to be hale and hearty,” said Raman.

The merchanttook his advice and followed the trail left by the camel.

Soon hecaught up with the poor animal, limping along.

“Rani!” themerchant shouted in happiness, as he ran to his camel.